It’s not quite the war seen between the Catalonia and Madrid regions in the 1900s, or the intense on-field rivalry from the early 2000s, but El Clásico still retains its charm as one of the most intense football matches in club football as the Supercopa de España returns to Saudi Arabia in a battle between fierce rivals with contrasting fortunes.

Barcelona are a whopping 17 points behind La Liga (LL) leaders Real Madrid and struggling to remain in the European qualification race, all of which acts as a stark reminder of how far Barcelona have fallen this season. Their absentee list adds to the inconsistencies of a side that is yet to stitch together a three-game winning run this season. A six-match unbeaten competitive streak (W3, D3) coming into this semi-final cup clash is promising though, especially as this tournament may represent Barça’s best shot at silverware this season.
However, the Catalan outfit’s five-game winless run in El Clásico fixtures (D1, L4) threatens to halt their attempt to claim a record-extending 14th Supercopa title. Defensive questions also continue to circle around Xavi Hernández’s side after a late goal last time out made it just one clean sheet across Barcelona’s last nine competitive matches.

That unwanted record may be extended as 11-time Supercopa winners Real have scored seven goals across their previous two matches, and have now won 13 of their last 15. They are therefore justified favourites to make it five H2H wins in a row, which would be their longest winning streak over Barcelona since 1965!
Winning here will also see ‘Los Blancos’ avoid consecutive losses in this competition, although the last time that happened it came vs none-other than Barcelona! If things remain tight as this game progresses, a late burst could come to Real’s rescue as three of their last four H2H wins saw them strike beyond the 80th minute. A fifth of their LL goals this season came during that period too.

Karim Benzema could be the star for Real after netting their final goal in nine of his last 11 goalscoring club games, as well as in the previous Supercopa H2H.

Barcelona have conceded 2+ goals in four of their last six Supercopa matches, and the last seven Supercopa H2Hs. 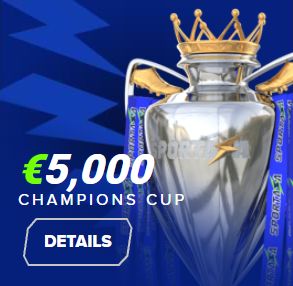